Award-winning author-illustrator, and creator of the How to Train Your Dragon franchise, Cressida Cowell, shared her expertise with Portsmouth children at two special events on Monday 12 September.

Cowell visited Mayfield School and Mayville High School on Monday 12 September to discuss her new book, Which Way to Anywhere, and gave lucky pupils a signed copy prior to the national release.

The pupils had the unique opportunity to ask the multi-million-selling author-illustrator about herself as a writer, where she gets her inspiration, and discuss her new work.

Cllr Suzy Horton, the council’s Cabinet Member for Children, Families, and Education said: “It was amazing to have such a talented author visiting our schools and engaging with the city’s children.

“It’s an excellent way to encourage children’s love of reading, which will serve them throughout their lives. Reading isn’t just a hobby, it’s a tool to combat loneliness, a way to learn lessons, and helps us explore places and cultures from all over the world, from the safety of our homes. I want to say a huge thank you to Cressida and Hayling Island Bookshop for organising the event.”

Which Way to Anywhere is a fantasy novel where the maps children draw and re-draw, become real. It is an out-of-this-world new adventure series about modern magic, unlikely heroes, the meaning of family, and how those who seem worlds apart might be more similar than they think.

Cressida Cowell has sold over 11 million books worldwide in 42 languages. How to Train Your Dragon is also an Academy Award nominated billion-dollar DreamWorks film series and multiple season TV series on Netflix, CBBC, Peacock, Hulu, and Cartoon Network. The Wizards of Once is currently in development for screen by DreamWorks.

Author events are organised by the Portsmouth School Library Service, which is part of Portsmouth City Council. Events like this are just one part of the council’s work to support Portsmouth’s 2040 vision to be a city rich in culture and creativity and lifelong learning. 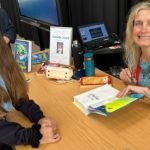 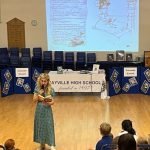 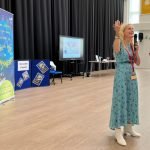 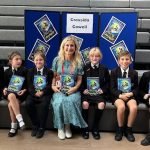